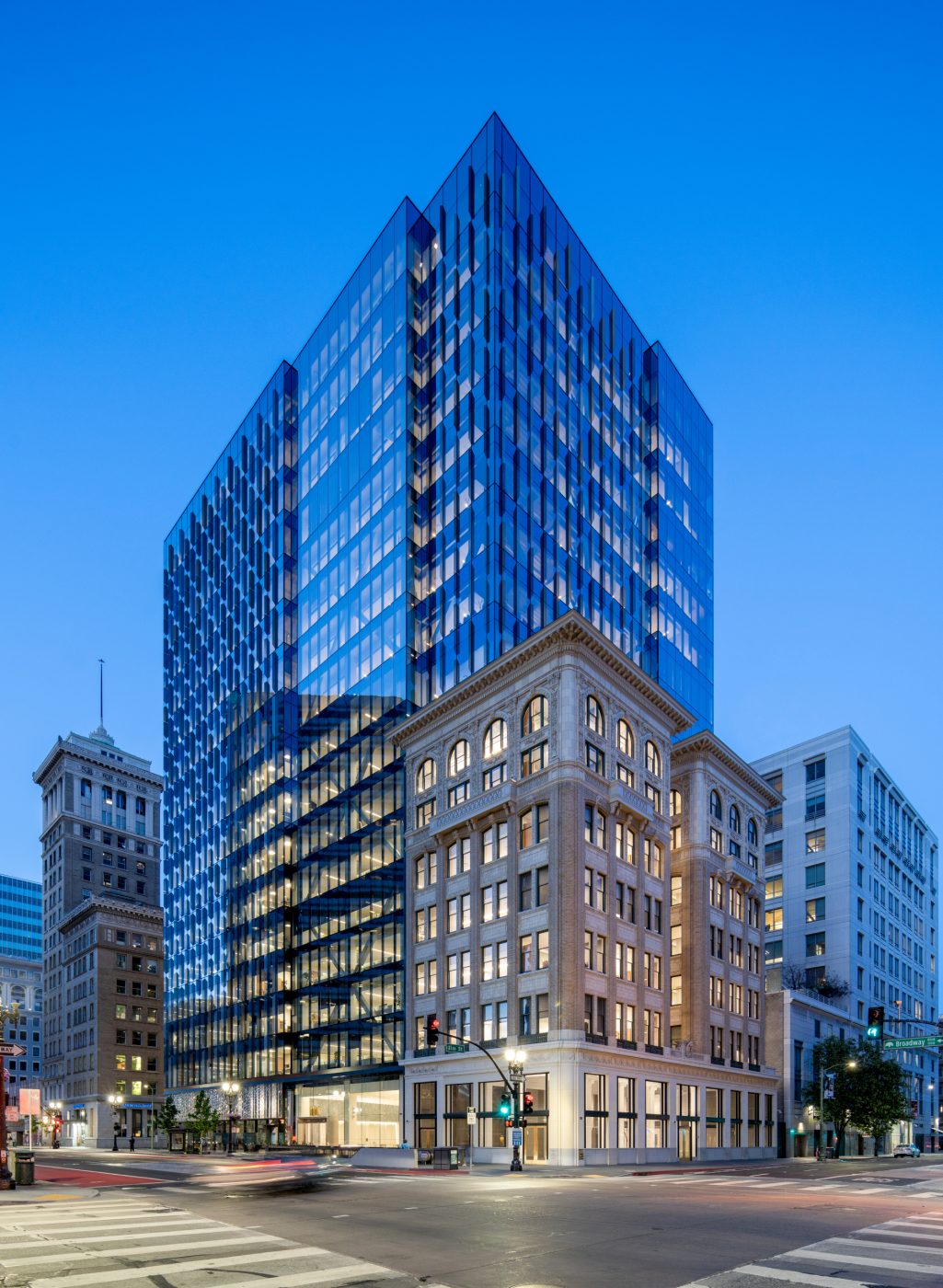 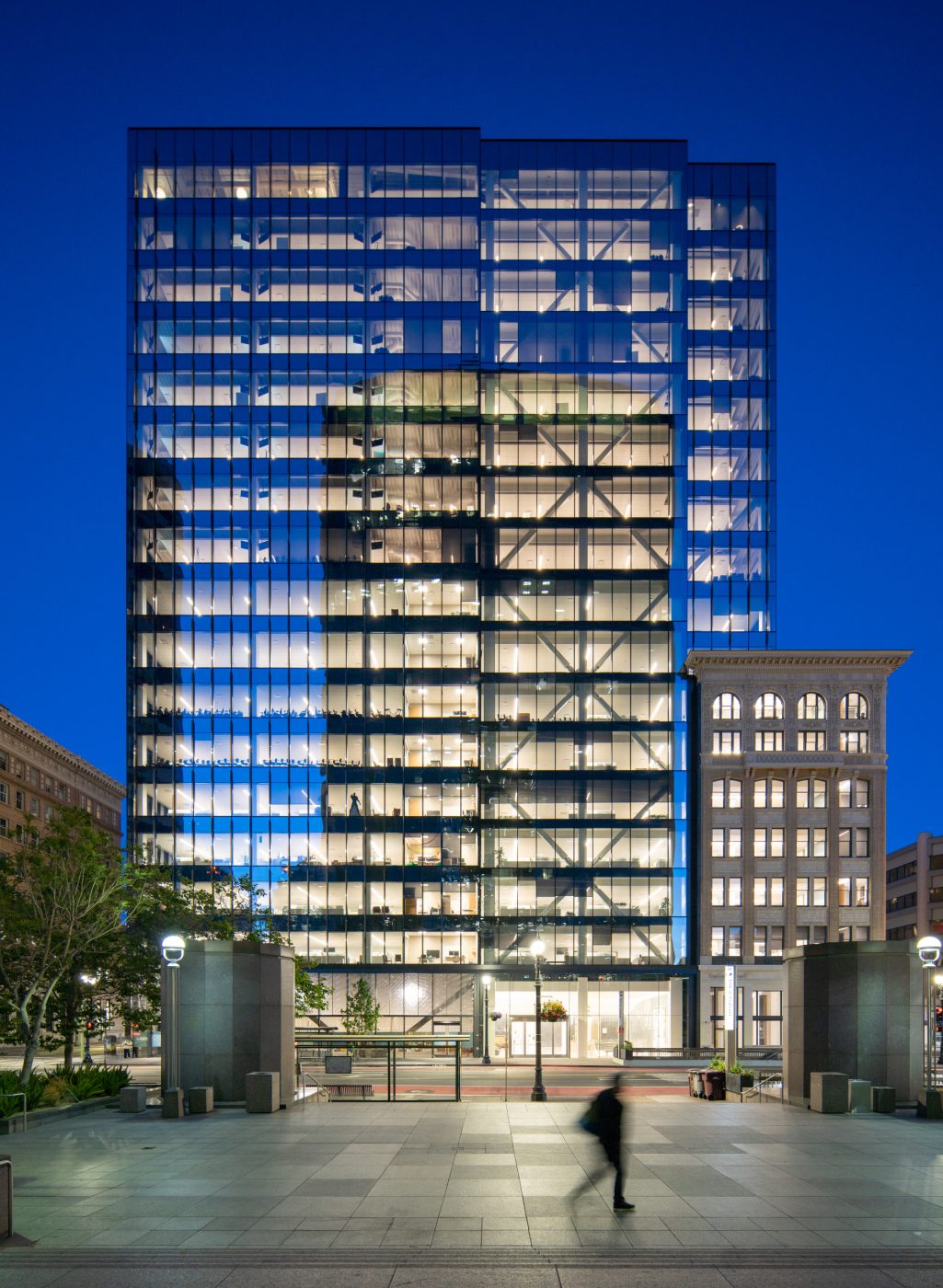 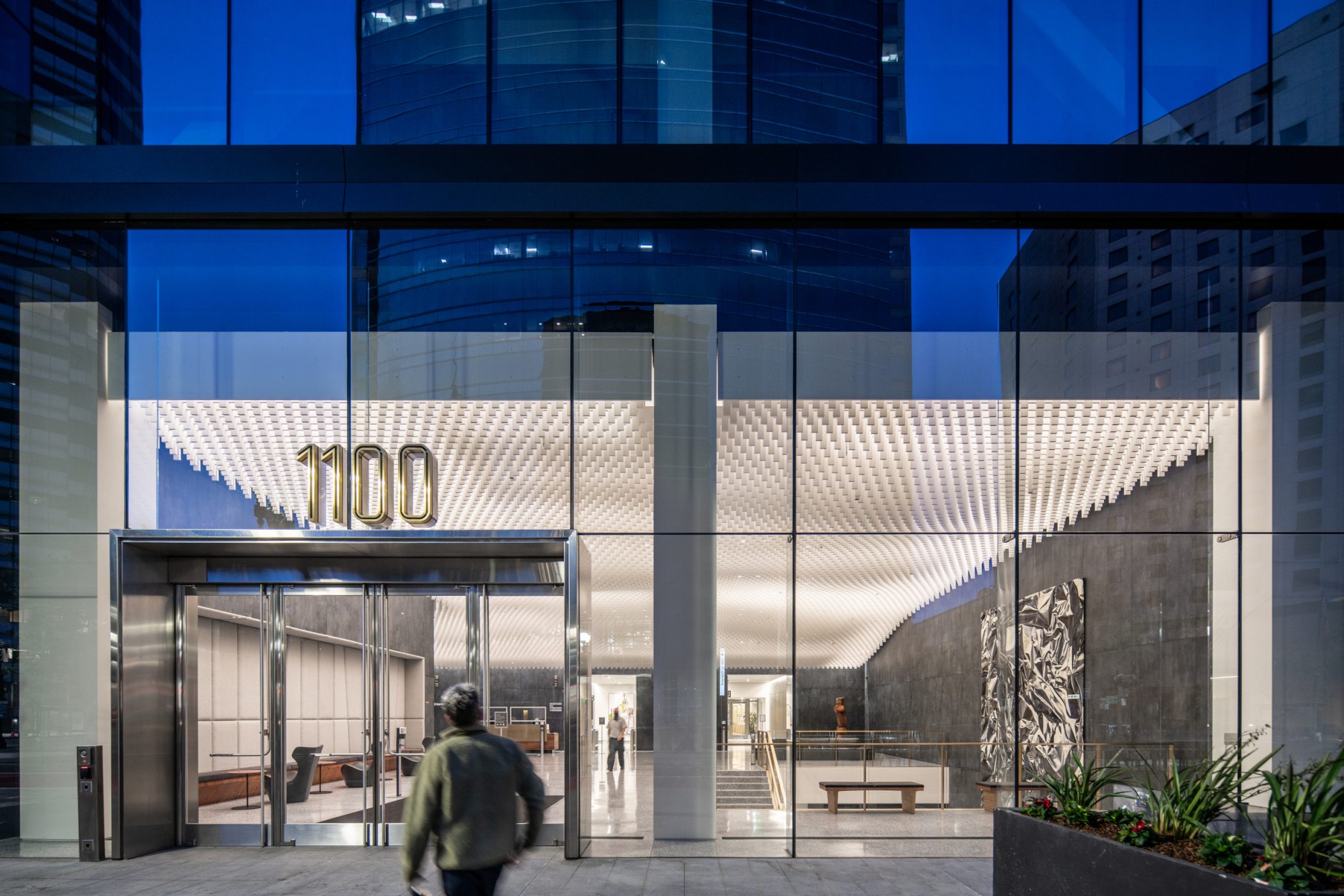 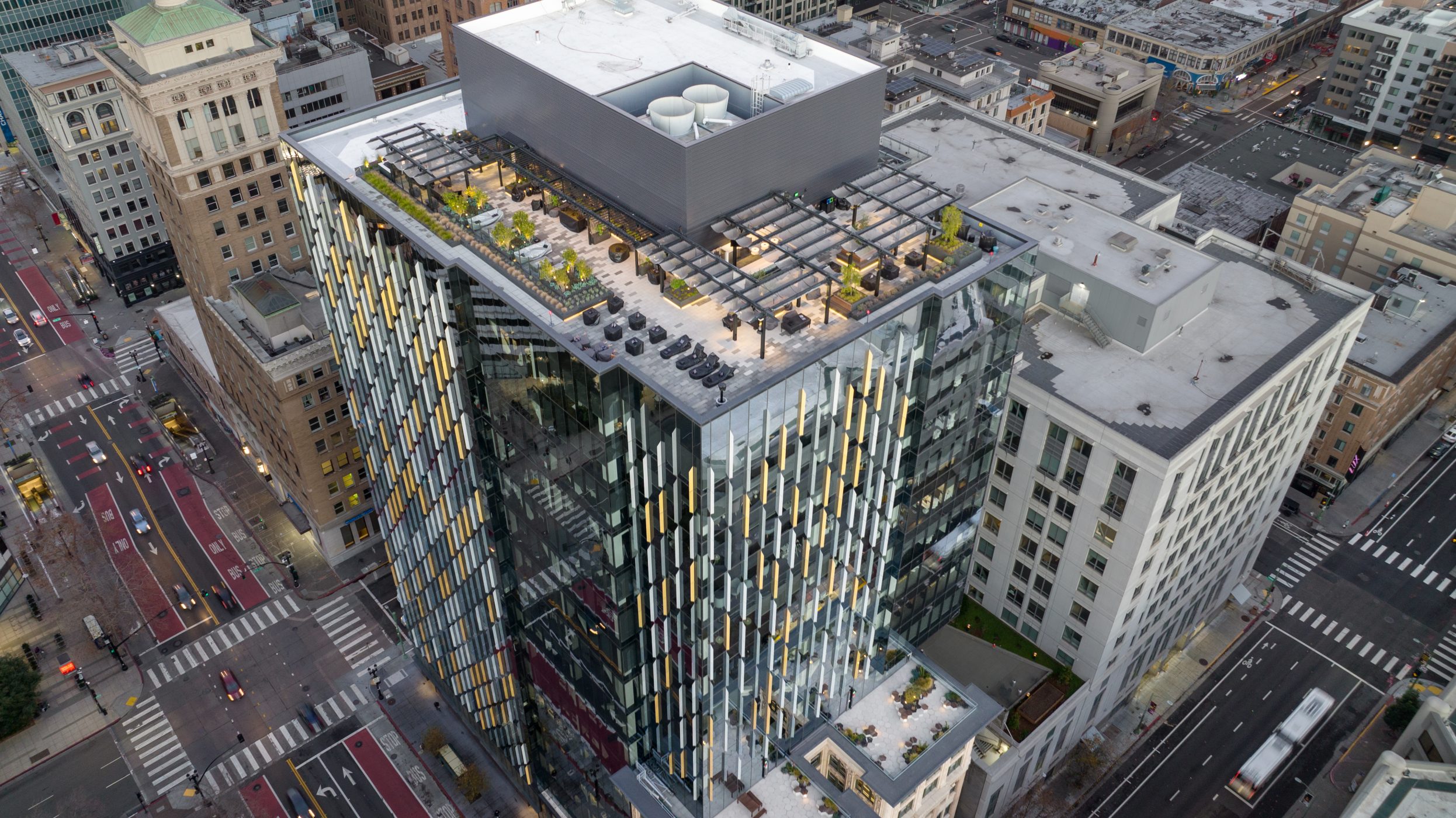 Despite being a prime downtown location, the corner of 12th and Broadway in Oakland had been an empty lot for decades. The adjacent Key System Building, built in 1911, had sat empty since the 1989 Loma Prieta earthquake. Previous attempts to develop the combined property — first as a hotel, and then as office — stalled. Ellis Partners acquired the vacant development site and historic building in 2017, bringing Gensler onboard to redesign the project to feature a sidecore layout, open floorplates and expansive windowlines. The finished 18-story Class A office tower includes a fully renovated historic building that is seamlessly integrated with a new, modern office tower that increases the building’s floor sizes while remaining sensitive to the Key System Building’s historic character.

111 Sutter St. Back to Projects